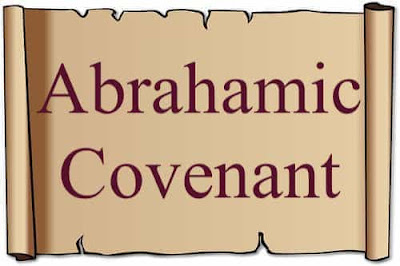 The Abrahamic Covenant is an unconditional covenant.

Now the LORD said to Abram,
“Go forth from your country,
And from your relatives
And from your father’s house,
To the land which I will show you; Genesis 12:1

Now- At the right time, God’s timing, the LORD spoke with Abram and revealed His will towards Abram and his family.

The LORD- The covenant-keeping LORD. The One whose word can be relied upon forever.
When you read vv. 1-3 you notice all the “I’s” in the passages. He providentially controls all in connection with Abram to preserve the one from which would come the Savior.

Said to Abram- We know that God made this promise to Abram before he left Ur of the Chaldees from Stephen’s testimony in Acts 7:

2 And he [Stephen] said, “Hear me, brethren and fathers. The God of glory appeared to our father Abraham when he was in Mesopotamia, before he lived in Haran,
3 and said to him, ‘DEPART FROM YOUR COUNTRY AND YOUR RELATIVES, AND COME INTO THE LAND I WILL SHOW YOU.’
4 “Then he departed from the land of the Chaldeans, and settled in Haran. And from there, after his father died, God removed him into this country in which you are now living. Acts 7:2-4

God called Abraham was first given while he was in Mesopotamia. Later he went to Haran and later to the Promised Land. 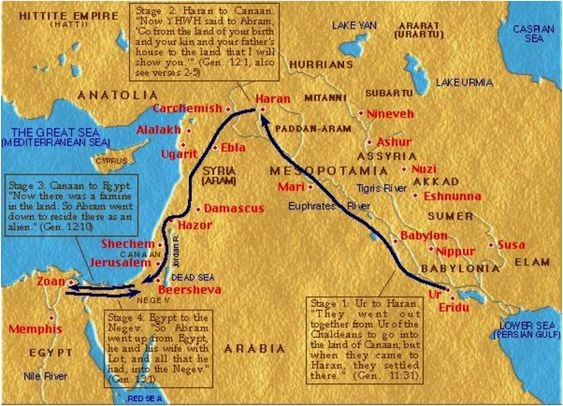 Go forth- Depart. Get out. Start your long journey. By leaving his country in obedience to God’s Word, Abram would start a chain of events that would reverberate throughout the centuries. His obedience is felt today in the simple fact that the nation of Israel, tiny little Israel, can one day be threatened with annihilation, another day find a cure to some disease, and another day be said to be the blame if there is another world war.

The willingness to obey this call would require the greatest amount of confidence and faith in God that we read about in Scripture. There is nothing in Scripture that in any way infers that Abram “deserved” or “merited” this great honor. The only reason that he was elected to do this was God’s will.

God’s commands should always be obeyed. Sometimes He explains why and sometimes He doesn’t be we can be assured all of His commands are for our good.

From your country- Haran. There was much danger in this land. His father had died which left him the patriarch of his little family. This compelled him to a complete obedience to complete the task set before him by God.

The timing of this call cannot be overlooked. The destruction of Babel was still fresh on mind of people. The dispersion of the nations is still in progress when Abram is called. Men had added to their sins against God by adding idolatry. God has apparently abandoned the nations and is working through one man, Abram. From him He will build a new nation, a nation that is dedicated to Him. A chosen nation whose purpose is to prepare the way for God’s ultimate manifestation of love, Jesus Christ. This nation would be the representatives to an ungodly world of who the one, true God is.

And from…And from- Break off all familial ties. This was a call to break off all and separate himself from all natural ties and from all that was familiar to him.

Maybe if he had paid total attention and hadn’t taken Lot, he might have saved himself quite a bit of heartache.

Your relatives- Those tied to him by blood. Just like with Abram, our families are able to exert a more subtle and powerful influence over us than many of us realize.

Your father’s house- The sacrifice of breaking the one nearest you.

Arthur Pink writes: “Abram called upon to separate himself from his home and kindred and bidden to go out into a place which afterwards God would give him for an inheritance, typifies the one whose citizenship in in heaven but who is still in the world, and in consequence, called upon to walk by faith and live as a stranger and pilgrim on earth.”[2]

Land is the first provision mentioned of the Abrahamic Covenant. It was a not any land, but a specific land, it was actual acreage. The dimensions are specified in Genesis 15:

18 [3]On that day the LORD made a covenant with Abram, saying,
“To your descendants I have given this land,
From the river of Egypt[4] as far as the great river, the
river Euphrates;
19 the Kenite and the Kenizzite and the Kadomnite
20 and the Hittite and the Perizzite and the Rephaim
21 and the Amorite and the Canaanite and the Girgashite and the Jebusite.”
Genesis 15:18-21

In Genesis 13 God gives Abraham all the land that he can see, and the gift is declared to be “forever”:

for all the land which you see, I will give it to you and your descendants forever. Genesis 13:15

God will never renege on His promise. Hundreds of years after Abraham died, the children of Israel took possession of the land while under Joshua’s leadership. However, at no point in history has Israel controlled all the land God had specified. There remains, therefore, a final fulfillment of the Abrahamic Covenant that will fully see Israel occupying their God-given homeland. The fulfillment will be more than a matter of geography; it will also be a time of holiness and restoration. This is a guarantee that has not come true yet but will come into being when Christ returns and establishes His millennial kingdom.

The territory given as part of the Abrahamic Covenant is expanded in Deuteronomy 30:1–10, This covenant is often called erroneously the Palestinian Covenant.

From this we understand that the Abrahamic Covenant is:

Which I- Sovereignty. God is in control of every step of this journey.

Will show you- Abram would know the direction, but he did not know the specific inheritance that was being discussed. It was only after Abram entered the Promised Land that God revealed to him that Canaan was his destination.

[1] https://www.gotquestions.org/Abrahamic-covenant.html
[2] Gleanings in Genesis, Arthur Pink, p 140.
[3] The boundaries of the promise land are now given for the first time.
[4] The river of Egypt- I.e., the Nile. This promise has not been fulfilled but will be when Christ returns.
[5] https://bible.org/seriespage/13-abrahamic-covenant-and-premillennialism