“The children gather wood, and the fathers kindle the fire, and the women knead dough to make cakes for the queen of heaven; and they pour out libations to other gods in order to spite Me. Jeremiah 7:18 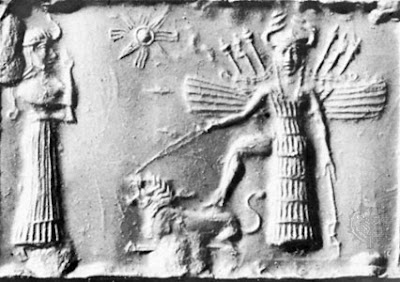 God had prohibited Jeremiah for interceding for the people of Judah. The nation’s sin had progressed to a point that God would not even listen to the pleadings of Jeremiah. In this passage Jeremiah highlights how idolatry had progressed in the nation of Judah and its influence among then nation. The parents, who should be the examples of true worship and devotion, began to lead their children down the path of idol worship and evil ceremonies. God would eventually bring this generation into captivity. It is interesting to note that after the Babylonian captivity the Israelites would not be as tempted by idolatry as they had before.

“The children gather wood, and the fathers kindle the fire, and the women knead dough to make cakes for the queen of heaven; and they pour out libations to other gods in order to spite Me. Jeremiah 7:18

The children gather wood- This word is in the plural, so they are gathering much wood. They are scouring fields or being out and about in their neighborhoods working very diligently. Some say these are not little children, but young men. This is very possible as it would be the young men who were able to cut down trees, and bear and carry burdens of wood. This was harder work. Young men would have an easier time at this than their fathers would. But smaller children could be out looking for smaller sticks, kindling for the fire.

the fathers kindle the fire,- The father’s took the wood from their children. The fathers would lay it in order and put fire to it. This would imply that they approved of what their children did, and that what they did was by their direction and order.

and the women knead dough,-  So that every age and sex were employed in idolatrous service, which is here intended; the corruption was universal; and therefore the whole body was ripe for ruin.
The idolatry of Judah and Jerusalem was a family affair. Each member of the family had their own role to play in honoring pagan gods such as the queen of heaven.

“Family worship is a most amiable and becoming thing when performed according to truth. What a pity that so few families show such zeal for the worship of God as those apostate Israelites did for that of their idols!” (Clarke)

Not merely isolated individuals practiced idolatry; young and old, men and women, and whole families, contributed their joint efforts to promote it. Wouldn’t it be nice to see that same zeal for the worship of God as there is for error in our religious world?

to make Cakes- “The word cakes (kawwanim) is of foreign origin, occurring against only in Jeremiah 44:19, where the same cult is described.” (Harrison) “A female deity is foreign to Old Testament theology; so the implication is that this cult was of non-Hebraic origin.” (Feinberg)
These flat cakes were possibly formed into the form of the goddess or the shape of the moon.

queen of heaven- This was the Assyrio-Babylonian Ishtar, the goddess of love and fertility who was identified with the planet Venus, whose worship, similar to the cults of the Canaanite goddesses, Asherah, Ashtaroth and Anath, was probably introduced into Judah by the apostate king, Manasseh:

For he [Manasseh] rebuilt the high places which Hezekiah his father had destroyed and he erected altars for Baal and made and Asherah, as Ahab king of Israel had done, and worshiped all the hosts of heaven and served them.  2 Kings 21:3

The Israelites fell into this idolatry in the time of the Judges. Solomon was carried away by it. Josiah suppressed it.
Figure 1Ishtar 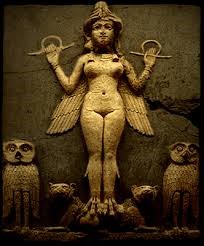 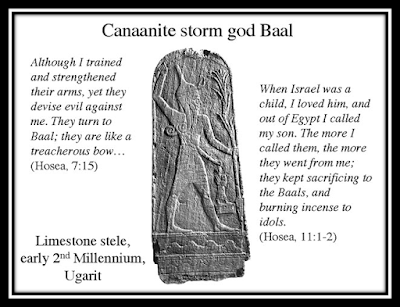 From Dr. Thomas Constable:
The "Queen of Heaven" was most likely a title of the Assyrian-Babylonian goddess Astarte (or Ishtar; cf. Jeremiah 44:17), though some scholars believe the name applied to several pagan goddesses. [Note: Craigie, pp123, mentioned the Canaanite goddesses Anat, Ashtaroth, and Shapash, all of whom the Canaanites associated with heaven.] Worship of the Queen of Heaven had been popular in Judah during the reign of Manasseh (2 Kings 21; 2 Kings 23:4-14), though it began earlier in Israel’s history (Amos 5:26) an possibly reintroduced into Judah the reign of Jehoiakim.
This "queen" was an astral deity that appealed particularly to women (cf. Jeremiah 19:13; Jeremiah 32:29; Zephaniah 1:5). Her worship involved offering cakes made in the shape of the deity or the moon, or stamped with her image, and drink offerings (cf. Jeremiah 44:19). Other symbols of this goddess were the planet Venus, a moon, and a star. This cult had evidently survived Josiah’s reforms, probably because people could worship Astarte in their homes.  Worship of the Queen of Heaven and all other idols constituted a rejection of Yahweh’s sole sovereignty as Lord of Israel’s covenant.
There is also a form of goddess worship in the Roman Catholic religion. Mary is sometimes given the title ‘The Queen of Heaven.’ We should all be alarmed when we hear such a title given to her. 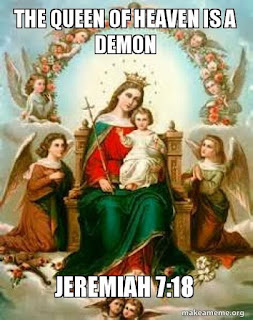 From the earliest ages of the Catholic Church a Christian people, whether in time of triumph or more especially in time of crisis, has addressed prayers of petition and hymns of praise and veneration to the Queen of Heaven. And never has that hope wavered which they placed in the Mother of the Divine King, Jesus Christ; nor has that faith ever failed by which we are taught that Mary, the Virgin Mother of God, reigns with a mother’s solicitude over the entire world, just as she is crowned in heavenly blessedness with the glory of a Queen. Ad Caeli Reginam, Proclaiming the Queenship of Mary, Pope Pius XII – 1954
Mary, Queen of Heaven, help us to transform the world according to God’s plan. Pope Francis, Twitter, 8/14/14

Pour out libations- Usually wine. This is typically a drink that is poured out in religious ceremonies to honor or as an offering to a deity or deities.

To other gods- These libations would be poured out to other gods besides Ishtar. The Israelites were guilty of worshiping many gods instead of the One God alone. 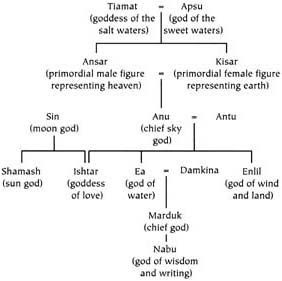 The table above lists many of the chief Babylonian gods and goddesses which may have been part of this illicit worship by the Israelites.

To- This is a deliberate action. They are willfully sinning. This is not ignorance on their part. They know what they are doing. This implies design: in worshipping strange gods they seemed as if purposely to provoke Jehovah.

To spite Me- Not that this was their intention, but so it was eventually. When we read of God “complaining” of being provoked, it is the same though and action as if He had said, “the Jews are now openly carrying on warfare against Me.”
This false worship only harmed those who participated, they could not harm God. Their attempt to damage Him by worshiping false gods was strictly a ploy of Satan.
The people would eventually, when God’s patience ran out, bear the consequences of God’s anger and wrath which would be poured out on all Judah. They would soon find themselves drug from their homes and moving to a foreign land.